Who Gets My Property If I Die Without A Will Or Trust?

When a person dies, the property and assets they owned must go somewhere. If they died with a will or trust, their property will pass according to their express wishes. However, if they failed to create a will or trust, their property will pass via the Arizona laws of intestate succession. Basically, this means that if you don’t create a will, the state will create one for you. For Arizona residents the laws that determine who inherits the property of a deceased Arizona resident are called the laws of intestate succession.

Take Our Who Inherits Your Property Test

The first thing a state probate court will look at is whether the decedent (the person who died) was married. Note that when a married Arizona resident dies, he or she has two types of property that passes: all of the decedent’s separate property and the decedent’s one half of the community property.

If you are not married, or if your spouse predeceased you, your property will go to your descendants per capita at each generation. Per capita at each generation means that the shares of the decedent’s property to be passed are determined by the number of descendants at each level. If you have three children and at your death at least one of them is still alive, your property will be divided into three equal shares, one for each child. If one or two of your three children passes away before you but that child left his or her own children, your estate will still be divided up into three equal shares, one for each of your children. Your children that are still alive will each receive a one third share. The remaining one third share(s) that would have gone to your children had they not predeceased you are now pooled and distributed equally to your deceased children’s children. Consider the following examples:

2. However, suppose that Craig passed away before his father Dave, leaving three living children Greg, Peg and Meg. In that situation, when Dave dies, Dave’s living children Cindy and Casey will each inherit one third of Dave’s property, and Craig’s children Greg, Peg and Meg will each inherit one ninth of Dave’s property. Since Dave had surviving children, the shares were determined by the number of children. Three children, three equal shares.

3. Now suppose that Cindy also passed away before Dave, but is survived by her child Mindy. Now, when Dave dies, Dave’s living child Casey will inherit one third of Dave’s property. Craig’s children Greg, Peg and Meg will each inherit one sixth of Dave’s property. Cindy’s child Mindy will also inherit one sixth of Dave’s property. Again, since Dave had surviving children, the shares were determined by the number of children. Since Craig and Cindy predeceased Dave, their respective one third shares are combined and split equally between their children. This means that Craig’s three children and Cindy’s one child will each inherit equal shares of Craig and Cindy’s combined two thirds share.

4. Finally, let’s suppose that all of Dave’s children pass away before Dave. Casey was also survived by children, Stacey and Tracey. Since Dave has no surviving children, we move to the next level where there are surviving descendants, here Dave’s grandchildren. Now, each of Dave’s six grandchildren inherit a one sixth share of Dave’s property.

If your parents are not surviving, then your property will pass to your parents’ descendants per capita at each generation. This includes your siblings and any half siblings you may have. For example, if Doug passes away but is survived by his brother and sister Barry and Sally, Barry and Sally would each inherit one half of Doug’s property. If Barry passed away before Doug and was survived by two children, Larry and Harry, Doug’s sister Sally would receive one half of Doug’s property and Barry’s children would each receive a one fourth share.

Finally, if no one is qualified to claim your property under any of the rules discussed above, your property will pass to the State of Arizona. 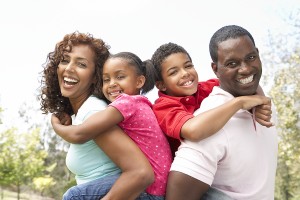 What A KEYTLaw Estate Plan Can Do For You

Failing to plan ahead can have some serious unintended consequences. When Hollywood legend James Dean died tragically at the age of 29, his property was passed via the state’s laws of intestate succession since he didn’t have a will or trust. The result was that James’ father inherited his entire estate despite abandoning James as a child. Currently, the licensing fees alone generate $1 million to $3 million annually for the estate.

People often make the mistake of thinking that they don’t need an estate plan because their property will automatically pass to their spouse and then to their children. While that may happen in some cases, by no means is it guaranteed. The shape of the typical American family has changed dramatically in the last 50 years. Today, between 52% and 62% of first marriages end in divorce. About 75% of divorced people remarry, and 65% of those who remarry have children from the previous marriage. In addition, over 40% of American adults have at least one step-relative, like a step-son or step-daughter from a spouse’s prior relationship. For people with these types of blended families, relying on the laws of intestate succession can be dangerous.

The only way to prevent these things from happening and ensure that your property is distributed according to your wishes – not the state’s – is to create a will. With a will, the probate court will not need to look to the laws of intestate succession because your express wishes are written down and known to everybody. In addition, a will is a critical document if you have minor children as a will is the only place you can name a guardian for your children. You can also name a conservator for your minor children, who will handle your children’s assets and financial affairs until the children. In addition, you, not the probate court, can decide who will handle your estate after your death and collect and distribute your property.  Finally, if you want to give your property to people who wouldn’t typically inherit under the laws of intestate succession, making a will is the only way to accomplish that goal.  To learn more about Arizona wills, see my article entitled What is a Will?

We do not have a one-size fits all estate plan.  Our two estate plans give you the option to pick the plan that is best for you.  Our estate plans are:

1. the Silver Estate Plan ($997 for a single person or $1,497 for a couple).  To purchase the Silver estate plan complete our Silver Estate Plan questionnaire.  This plan is for people who have important or valuable assets and they want to make sure that the assets are inherited by the person or people they want to inherit rather than the people who will inherit under the law of the decedent’s state of residence at the time of death.  Arizona residents should learn Who Gets My Property If I Die Without A Will Or Trust?

2. the Gold Estate Plan ($2,997 for a single person or $3,497 for a couple).  People who bought a Gold LLC from us get a $500 discount off the price of this estate plan.  To purchase the Gold estate plan complete our Gold Estate Plan questionnaire.  If you buy this estate plan make an appointment for a free phone call or video conference with Richard C. Keyt by using his online scheduling calendar or by calling our estate planning legal assistant Michelle Watkins at 480-664-7413.  During this meeting Ricky will answer your questions and work with you to design your estate plan.

Do You Have Any Estate Planning Questions?

If you have any questions about wills, trusts, estate planning or our two estate plans call or email one of us.

Sign up for free instant access to the Keyt’s ebook about wills, trusts and estate planning called “Family Asset Protection.”  This book gives you more information about these important documents and how they protect your loved ones.